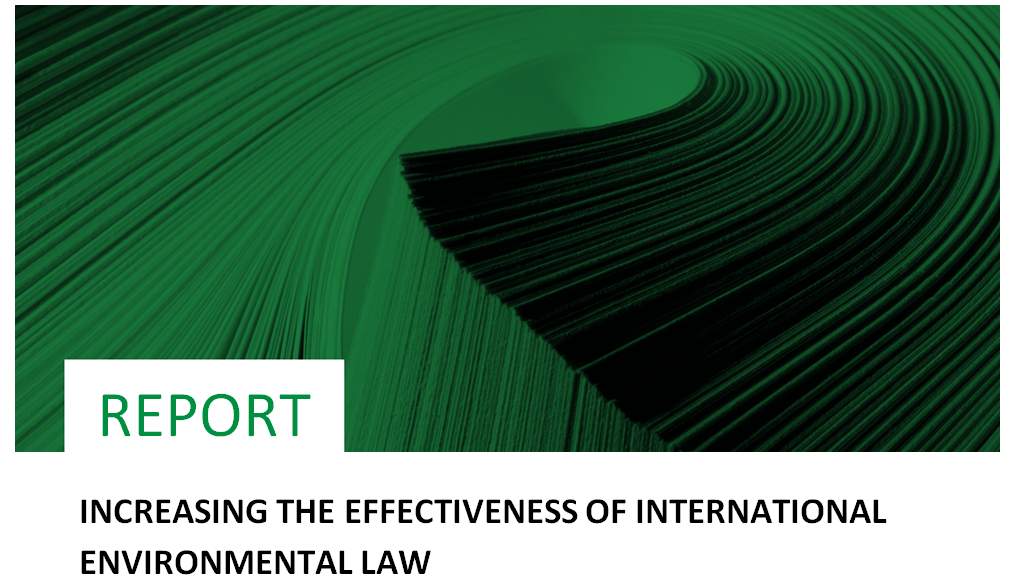 In the run up to the Paris Conference in December 2015, the COP21, negotiators are working towards the adoption of a new international agreement on climate change. In order to protect the environment, norms must indeed be adopted at an international level: the ecological crisis does not stop at State borders. Ecological territories have different boundaries to those of national jurisdictions.

International environmental law is, however, marked by a double failing: inefficiency in the drafting process of norms because of the inertia, or even paralysis, in negotiations and difficulties in enforcement due to the lack of compliance mechanisms and effective sanctions.

In order to make international environmental law more effective, civil society must take ownership of it. State compliance with treaties must become the business of all citizens so as to ensure respect for the right to a healthy environment, which has been established by numerous national constitutions.

It is therefore necessary to explicitly establish, in the rules of international law, the role pertaining to civil society. Civil society should be given rights and guarantees at every stage of the process.

In practice, civil society plays an important role in environmental negotiations. During the 1992 Rio Conference, more than 20,000 NGO representatives were in attendance. For COP21, specific areas have been reserved for non-state actors: NGOs, companies and regional collectives.
Yet, the law lags behind practice. The principle of public participation is of course established by certain international treaties, such as the Aarhus Convention, but only, and paradoxically, for the drafting of national laws. Furthermore, different international fora allow varying levels of public participation.

The requirement for participatory democracy must be transposed to international law. The institutionalisation of civil society’s role would allow such initiatives to endure and be strengthened by this added legitimacy. It is proposed in particular to:

The existence of practical compliance mechanisms and sanctions is a mandatory condition for the effectiveness of a rule. A law without binding force is not a law. Several bodies are capable of examining the compliance of a State with its international environmental commitments; however, numerous problems persist.

⇒ Recourse to these bodies, which are almost exclusively reserved to States, should be extended to NGOs based on the model of the Aarhus Convention.

⇒ The compulsory jurisdiction of the International Court of Justice should be recognised by the larger States.

⇒ A right of intervention, or even a genuine right of recourse could be established for certain groups of non-governmental actors in order to monitor the effectiveness of an environmental agreement.

⇒ Considerations underway on the creation of a specialised court for environmental issues and a global environmental organisation must continue.

A major characteristic of international environmental law is its profusion of norms. We have counted more than 500 treaties more or less directly related to the environment. Improving the quality and accessibility of these norms requires the listing and reordering of multilateral environmental agreements. Subsequently, the codification of the norms could be devised.

Above all, a universal text with binding force which amalgamates all of the founding principles of international environmental law would provide this law with the corner stone it needs.

The international environmental law of tomorrow would rest on three pillars: the Universal Charter, the International Court and the World Environment Organisation.

Read our column on the Huffington Post :
COP 21: ‘To Arms, Citizens, to Defend Your Rights!’: http://www.huffingtonpost.com/yann-aguila/cop-21-to-arms-citizens_b_8573578.html

Outcome of the COP21: “Is te Paris agreement a success or a failure ? ” Watch the video there :