Armand W. Grumberg is the head of Skadden’s European Mergers and Acquisitions Practice and the leader of the firm’s Paris office. He has extensive experience in strategic and complex cross-border transactions, including public and private acquisitions, contested and hostile bids, joint ventures, corporate reorganizations and capital markets transactions. Prior to joining Skadden, Mr. Grumberg practiced law in the New York, London and Paris offices of another leading international law firm.

Transactions in which he has acted include:

In addition, Mr. Grumberg is frequently involved in advising clients with respect to strategic cross-border litigation matters. In particular, he has advised SCOR and other clients in connection with several securities laws related proceedings across Europe and class actions in the United States.
Mr. Grumberg has been selected for inclusion in Who’s Who Legal for M&A and repeatedly recognized in Chambers Global and Chambers Europe as a leading individual in Corporate/M&A in France.

Mr. Grumberg lectures on topics related to his practice and is the author of various legal publications. 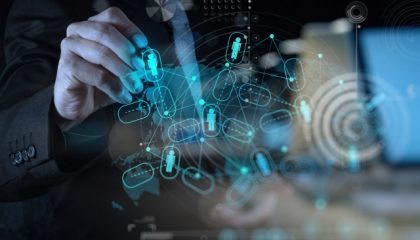