0402_Signatures Internationales_ 10th anniversary of the reform of French arbitration

After being shaped by case law, French arbitration law was codified ten years ago by the decree of 13 January 2011. This anniversary was celebrated in a webinar organized by the Club des juristes with Jean-Pierre Grandjean and Marguerite Aynès, Partners at Grandjean Avocats. This conference offered different views on the evolution of French arbitration law in the past decade by bringing together professors, a judge of the Cour de cassation, arbitration practitioners and representatives of major companies using arbitration.

Three round tables moderated by Jean-Pierre Grandjean successively discussed (i) the contribution and place of legislation and case law since the decree of 13 January 2011, (ii) the conduct of arbitration proceedings and (iii) the control of arbitral awards by the French courts.

The video and report of the conference are available at the following link.

We revisit here some important issues raised during the conference.

The speakers all agree that the decree of 13 January 2011 has improved the attractiveness of French arbitration law by increasing its clarity and predictability.

Lauréanne Delmas (General Counsel Dispute Resolution & Litigation of the Thales Group, member of the Board of Directors of Association Française d’Arbitrage, Vice- Chairman of the ADR and Arbitration Commission of ICC France) recalls that the International Chamber of Commerce has seen a steady increase in the number of arbitrations over the last decade with 930 new cases in 2020, compared to 796 cases in 2010. Paris remains the preferred place in ICC arbitrations and French arbitrators are in the « top 3 » of appointed arbitrators.

The 2011 reform codified in particular:

In total, only 7 out of 84 articles of the 2011 reform have since been amended which is a testament to the quality of its drafting. French arbitration law has nevertheless continued to evolve, for instance:

Further, case law has clarified certain concepts such as the notion of notoriety which, as explained by Isabelle Michou (Attorney at Law at the Paris Bar, Solicitor of England and Wales, Partner at Quinn Emanuel Urquhart & Sullivan), allows arbitrators, before their appointment, not to disclose certain facts likely to affect their judgment if these are public information, easily accessible (i.e. not requiring « several successive operations resembling investigative measures« ), and the parties could not fail to know them before the start of the arbitration.

With regard to future developments, Thomas Clay (University Professor, Dean of Faculty, Provisional Administrator of the University of Paris 1 Panthéon-Sorbonne, Attorney at Law at the Paris Bar, Founder of Clay Arbitration) considers that « several reforms deserve to be considered in the years to come, such as the clarification of the confidentiality regime in international arbitration, the coordination of the unfair terms regime with the new article 2061 § 2 of the Civil Code, the endorsement of third-party opposition in international matters, the streamlining of the Labor Code (article L111-4), the removal of articles 2059 and 2060 of the Civil Code that have become unnecessary, and arbitration in public law which everyone can understand must be controlled by the judicial courts« .

The extension of French arbitration law to certain matters has made its regime less clearly defined in these matters:

Elie Kleiman (Attorney at Law at the Paris Bar, Partner at Jones Day, President of Paris Place d’Arbitrage) brings up the issue of the nature and scope of the courts’ review of the arbitral tribunals’ jurisdiction, which normally extends to « all legal or factual elements that make it possible to assess the scope of the arbitration agreement and the mission entrusted to the arbitrators« , although recent decisions have created uncertainty in this respect:

As to the compliance of arbitral awards with public policy, the Paris Court of Appeal now performs an in-depth control by seeking and assessing, in law and in fact, all the elements concerning potential violations. Further, it allows the issue to be raised for the first time before the courts and does not consider itself bound by the arbitrators’ findings. Jérôme Ortscheidt (Attorney at the Conseil d’État and the Cour de Cassation, co-author of Droit de l’arbitrage interne et international (LGDJ 2019)) discusses the position of the Court of Appeal in that it retries the case that was held before the arbitral tribunal, and points out that the Cour de cassation has not yet ruled on this approach which is for now limited to questions of corruption and money laundering.

Also, the Paris Court of Appeal has allowed the use of « red flags » which do not require proof of public policy violations. Aurélien Hamelle (General Counsel of the Total Group, Lecturer at the Institute of Political Studies of Paris, Member of the Club des Juristes) considers that this new approach is « not entirely consistent with the group-of- indicia method (méthode du faisceau d’indices), which would suppose that the contract in dispute can only be explained by an act of corruption« .

He adds that « under the guise of international public policy, state control should not lead to compliance. Compliance has been widely developed in companies and the red flags method has its place. But as important as it is, it is only an instrument for preventing criminal risk. The risk elements should not be equated with the serious, precise and consistent evidence necessary to characterize corruption« .

Regarding enforcement proceedings, the 2016 Sapin 2 law has increased the immunity enjoyed by States which, according to Mr. Todorov, « affects the res judicata effect of arbitral awards« .

At the European level, the CJEU ruled in its Achmea judgment of 2018 that arbitration clauses in intra-EU bilateral investment treaties are incompatible with European law. Mr. Todorov highlights the political impetus behind this far-reaching decision as, since then, « EU member states have expressed their intention to dismantle the protections that companies benefit from arbitration clauses in their intra-community investments« , including those contained in multilateral investment treaties.

Mr. Ortscheidt cautions that « the French judge’s vision of arbitration has evolved, with a new generation of judges not sharing the same vision as those who, for several decades, forged the French arbitration law consecrated by the decree« .

Dominique Hascher (Judge of the Cour de Cassation, co-author of Les grandes décisions du droit de l’arbitrage commercial (Dalloz 2019)) emphasizes that « the founding principles of arbitration, which form the basis of the 1980/1981 reform that established arbitration as an international justice system and not an annex of state justice, must continue to guide the interpretation of the reform of 13 January 2011« .

In his closing remarks, Jean-Pierre Grandjean, the conference’s moderator, points out that there are « reasons for optimism for the future, one of them being the recent creation of the International Chamber of the Paris Court of Appeal, which reinforces France’s attractiveness for the resolution of international commercial disputes« . He welcomes « the contribution of the decree of 13 January 2011 and expresses the wish that, both through legislation, case law and arbitration practice in France, Paris remains the place of choice for arbitration« .

0402_Signatures Internationales_ 10th anniversary of the reform of French arbitration 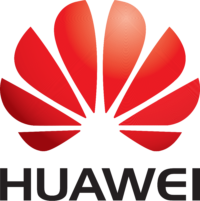